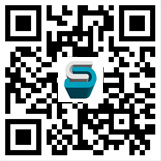 Composite geomembrane is composed of filament geotextiles or short-filament geotextiles and PE geomembranes through thermal composite, which has the advantages of flat drainage and seepage prevention. Composite geomembrane is divided into one cloth-one film and two cloth-one film, with a width of 4-6m and a weight of 200-1500g/m2. It has high physical and mechanical properties such as tensile, tear resistance and bursting. The product has the characteristics of high strength, good elongation, large deformation modulus, acid-alkali corrosion resistance, aging resistance and good impermeability.
Users should strengthen the protection and management of the finished composite geomembrane products, improve the waterproof awareness of the relevant construction personnel, to ensure the quality of the project, put into normal operation on schedule. It is of great significance. It is suggested that steel bar penetration welding method and mortar protective layer should be used to prevent potential quality hazards caused by electric welding in bridge foundation waterproofing. At the same time, when placing a film on the wall, it is necessary to prevent a large area of empty drum.

One cloth and one film manufacturer reminds you that the construction of composite geomembrane should pay attention to the following points:
The soil should be solid, and the grass and tree roots in the range of uneven settlement, cracks and seepage prevention should be removed. Sand or clay with small particle size is laid on the contact surface of the membrane as a protective layer.
Application of the whole anti-seepage system: cushion, anti-seepage layer, excessive layer and protective layer.
Joint: Joint treatment of composite geomembrane is the key procedure of construction. It directly affects the operation life of the project. According to the quality inspection, the thermal welding method is ideal.
When laying, the geomembrane should not be pulled too tightly. It is better to bury part of the soil at both ends into ripple shape, especially when anchored with rigid materials, a certain amount of expansion should be left.
During construction, stones should be avoided. Heavy objects should be directly impacted on the geomembrane, laying the membrane and covering the protective layer.
Landfill should be used, and the covering thickness should not be less than 30 cm.
One cloth and one film has a certain amount of deformation, and the stress transmission caused by the concave and convex defects of the underlying layer is faster, and the strain ability is stronger. Geotextile is used instead of granular material as protective layer of geomembrane to protect the impervious layer of geomembrane from damage, reduce the gradation requirement of cushion particle size, and play a drainage role. Compared with HDPE film, non-woven fabric in composite geomembrane has larger friction coefficient. Composite geomembrane can increase slope ratio and reduce occupied area.
Professional composite geomembrane suppliers can produce one cloth and one film to meet the needs of civil engineering, such as water conservancy, municipal, construction, transportation, subway, tunnel, engineering construction, seepage prevention, isolation, reinforcement, crack prevention and reinforcement. It can be used in unconventional temperature environment because of the selection of polymer materials and the addition of anti-aging agent in the production process. It is often used for anti-seepage treatment of dykes, drainage ditches and waste yards.

Analysis on Construction Technology and Flow Control of Secondary Lining of Tunnel
Next article: